Daisy – our pound puppy. We think she is lab and border collie. We got her from the animal shelter when she was about 2 month old. She is timid and sweet most of the time. She is almost 6 years old but acts much older. She is satisfied to sit or sleep near you. Her favorite thing is to eat treats but she also enjoys going on walks. She is very quiet and calm, but she is starting to “talk” a bit since Callie gets so much attention that way. She is very protective of our property and let’s everyone know that she is on guard. 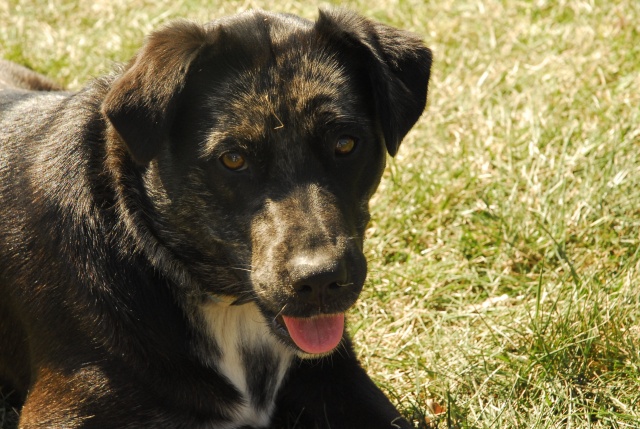 Callie – the crazy puppy. She isn’t quite 2 years old. Her dad is full lab and her mom is lab and Australian shepherd. We picked her out when she was about a month old and then took her home when she was 2 months old. She is hilarious! She grunts and howls and licks everyone! She runs everywhere, loves to play fetch and chew on water bottles. Her all time favorite thing is to swim! She takes herself for a swim in the pond on most warm days. After a good swim, she plops down on the dirt and rolls around- grunting! So funny to watch!

Roofus – the rescue kitty. We rescued him off the roof of a church in town. We noticed him one night crying up on the tall roof. When we went back the next day, he was still there. For a couple of days we tried to coax him down but he wouldn’t come. I started calling and visiting the local fire department to see if they would help me, but they insisted that the cat would come down on his own – “you never find cat skeletons on rooftops do you?” Finally they admitted that they don’t have a hook and ladder truck tall enough to get up there. Next thing you know, they called another nearby station that had a hook and ladder truck and they came over and tried to get him down and he refused, they couldn’t get him. I was desperate and on a mission. I called the equipment rental place and they had a big boom lift, they agreed to bring it over the next morning (if it wasn’t being used by a paying customer), the big rescue was going to occur the next day! Next thing you know, we got a call from the pastor at the church to come get our cat. Apparently he could get down the whole time, he came into the sanctuary where they were having choir practice. He was a mess. Skinny, scared, smelly and a bit psychotic! We put out signs in the area and no one claimed him – so 6 years later we still have Roofus! He is a great cat- he totally thinks that he is a dog. 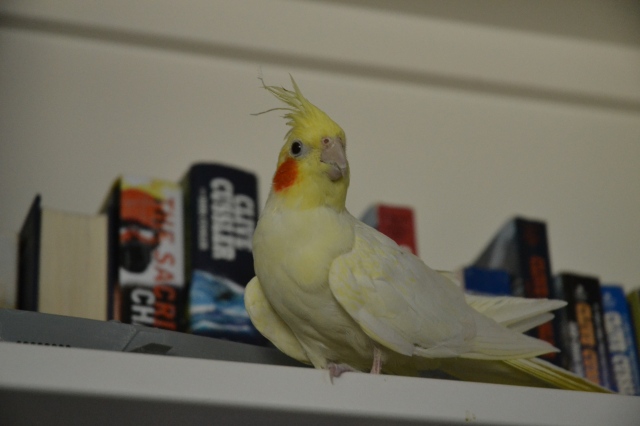 Aussie – the cockatiel. Alex got Aussie when he/she was just a baby. That was 14 years ago. Aussie would sit on Alex’s shoulder all day while he was doing his school work. For years we thought Aussie was a boy, until he, um, she laid an egg! We still call her a him. It is just a habit. So Aussie has some identity issues! He/she squawks all the time and loves to fly around the boys’ room. You can’t sneak into the house, Aussie will hear you and call/squawk loudly to let everyone know you are entering! 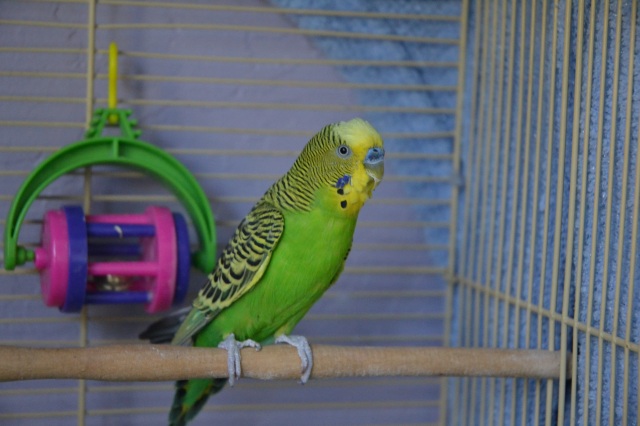 Pee Wee – the parakeet. Jordan wanted a bird to train so she saved up her money and got Pee Wee. She thought she would be able to train him to talk and sit on her finger or shoulder. That was 5 years ago and that’s not happening. Not from lack of trying. Pee Wee is sweet and makes all kinds of talking noises, but no real words and he does not want you to touch him!

One thought on “Meet the Pets”

Getting into the Christmas spirit!
My view from the yoga mat!
Cleo being extra cuddly and cute this morning!
🙌🏻
I took the girls on a hike today and they were so great.
We adopted a new family member - meet Olive. She’s three years old and just so darn sweet. We are all excited about this - except Cleo the cat. She’s not so sure. The last picture is the closet they have gotten since we brought Olive home on Friday. Cleo has spent most of her time on the top shelf in my closet!
Fun time visiting La Jolla!
Cleo - helping with the laundry! 🤣😻