In case you’re looking to finish up your Christmas Day menu, here’s the accompanying recipe to our Christmas Morning Breakfast Casserole. We actually just recently posted this cinnamon roll recipe, but we thought that we’d post it again because of Christmas being so close.

Thaw bread dough using the refrigerator method indicated on the package (I let mine thaw in the fridge overnight.) Let dough come to room temperature for 25 minutes then lightly flour a clean, dry surface and roll dough into a 12×8″ rectangle. Combine sugars and cinnamon together in a small bowl, then spread melted butter over bread dough, and then sprinkle cinnamon-sugar mixture on top. Sprinkle on caramel bits (if using) then roll dough into a log, pinch seams to close, trim ends off, and then cut into 8 equal slices.
Spray a 9″ round baking pan very well with nonstick spray then arrange slices inside. Cover with a tea towel sprayed with nonstick spray then let rise until doubled in size, 30-45 minutes, in a warm place (I placed the pan in a warm oven.) Preheat oven to 350* then place baking pan on a baking sheet and then bake for 20-30 minutes, or until golden brown.
Meanwhile, combine cream cheese and butter in a large bowl or in the bowl of an electric mixer. Beat until smooth then slowly mix in powdered sugar. Add vanilla then beat to combine. Add milk 1/2 teaspoon at a time until frosting reaches spreadable consistency. May need up to 2 teaspoons milk. Spread frosting on warm caramel cinnamon rolls then serve immediately.  Makes 8 rolls.

So a sad turn of events happened around here. First the happy part. Jordan was gifted with a box of dark chocolate covered peppermint Jo-Jo’s from Trader Joe’s. Have you tried them? They are worth driving 45 minutes to get to the closest Trader Joe’s to buy them. So here is the sad part – we went to Trader Joe’s for these amazing cookies only to find that they were sold out. What?! How could they be sold out already? The poor guy working there seemed like he had explained this unfortunate situation to many people. Remember the movie The Little Mermaid where Ursula sings that song, “You Poor Unfortunate Soul”? I felt like that. In case you don’t remember Ursula sings, “You poor unfortunate souls, in pain, in need.” I was truly in pain, in need.

^^^I may be a bit biased, but aren’t ours so much prettier?

So what’s a girl to do? Make her own. So here they are. We bought Cool Mint Oreos and dipped them in melted semi-sweet chocolate and then sprinkled a few crushed peppermint candy canes on top. Delicious! 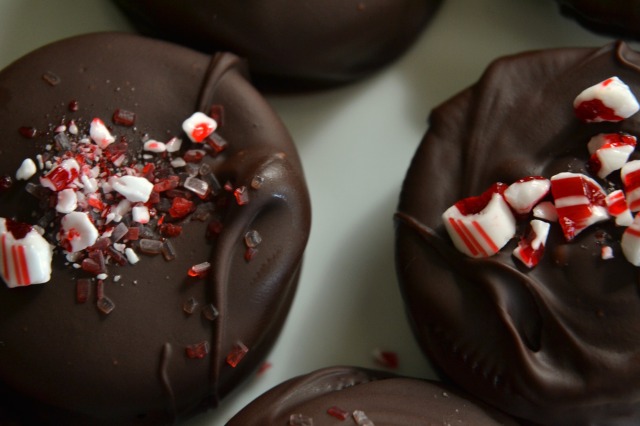 Melt chocolate chips in microwave. I did mine in a two cup measuring cup. Melt at 50% power in 45 second increments, stirring in between. Dip Oreos in melted chocolate. This part is really messy and takes some persistence to get the cookie fully covered in chocolate. Place dipped cookie onto a cookie sheet covered in wax paper. Sprinkle with crushed candy cane pieces, pressing in a bit to be sure that they stick. Place cookie sheet in refrigerator until chocolate firms up. Try to not eat the whole tray by yourself! I was able to make 20 dipped cookies, more had I not completely covered my hands with melted chocolate. 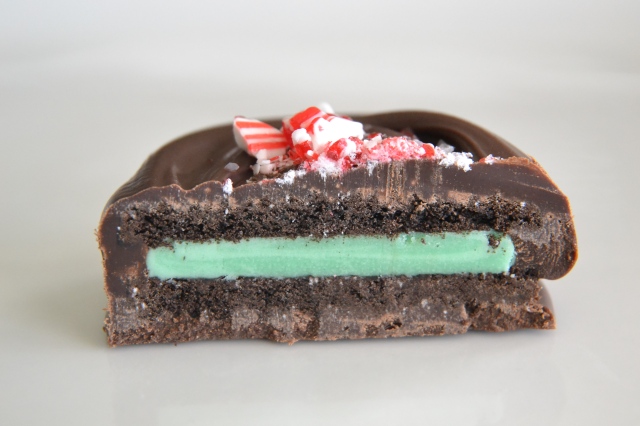 Well, it’s almost Christmas and it really seems like it around here. We had our marathon decorating day last weekend, and I am thrilled with the results. Jordan did an amazing job choosing which decorations made an appearance and which ones stayed in the bins this year. Also, one of my college boys came home yesterday and by tonight the other one will be home too. Ahhhh, isn’t there something sweet and comforting about having everyone home safe and sound, under the same roof? Plus, there’s all the delicious smells and baked goods around. Yep, it’s almost Christmas! 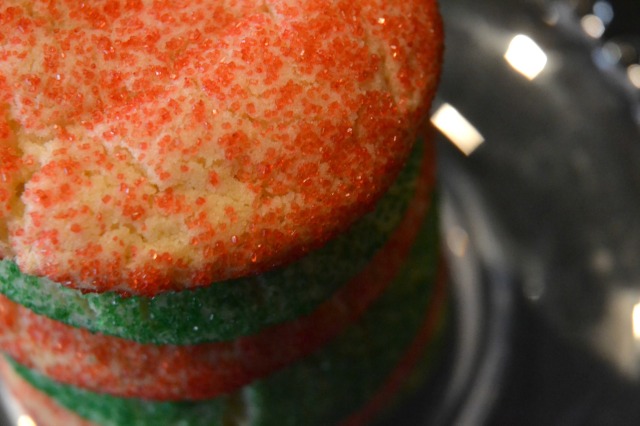 So I mentioned that we have been baking a lot. Today I whipped up a batch of my amazing Snickerdoodles and then I made a second batch, but instead of rolling them in cinnamon sugar, I rolled them in red and green sugar. They turned out so pretty and festive and they are amazing. The cookie is soft in the middle, but has a bit of crunch on the outside. 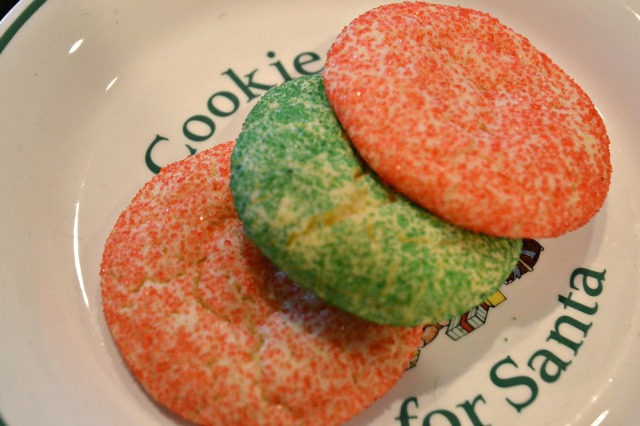 Preheat oven to 400*
In a large mixing bowl beat together butter, sugar and eggs until creamy and fluffy. In a separate bowl mix dry ingredients (flour, cream of tartar, baking soda and salt). Gradually stir dry ingredients into the butter mixture. I use the stir setting on my mixer, being careful not to overmix.

Roll cookie dough into 1 1/2 balls and then roll the dough balls around in the colored sugar. Place on a cookie sheet. 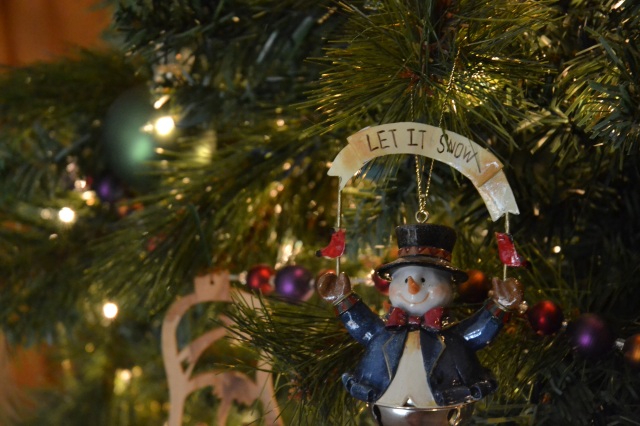 We finally put up Christmas decorations and lights a couple of days ago- it feels like Christmas around here!

1./ Yes. It’s true. We put up a airplane themed Christmas tree. In our defense, it’s a really tiny tree.  2./You can’t really see it in this picture, but we have a silver guest bathroom. My dad just doesn’t get it- he says it looks like the inside of a tin can. 3./Isn’t this wreath unusual? It’s a boxwood wreath from Trader Joe’s.

This is “skinny Santa”- he’s one of our favorite Christmas decorations. This year he’s stationed on our living room coffee table.

And now in the spirit of Christmas, here’s my new favorite recipe- homemade hot chocolate- it’s so delicious. I highly modified the recipe on the back of the Hershey’s unsweetened cocoa powder box until I liked it.

The recipe below calls for two cups of milk, but it’s easily rich enough to add a bit more milk. So if you wanted to stretch it into two servings, that would totally work.

Heat two cups of milk in small saucepan. While it heats, mix cocoa powder, sugar and cinnamon in small bowl and whisk into the milk. Add vanilla and peppermint extract (if desired), and heat mixture until hot, but not boiling. Pour into a mug and add marshmallows if you’d like.

^^^My favorite big blue mug. It’s huge and holds the full two cups called for in the recipe.

Music is my escape. My mom will tell you that my iPod, or some form of music (whether it’s Spotify, Pandora or YouTube) is almost constantly playing in my room.  I have a very eclectic taste in music- so it’s not unusual for me to listen to folk, country, pop and dubstep all in the same week. Normally though, I tend to gravitate more towards sort of folk-ish, mellow music. Artists like Andrew Duhon, Ray LaMontagne, Amos Lee, Norah Jones, Joshua Radin, Jack Johnson and Corinne Bailey Rae are some of my staples.

It’s actually surprising to me that I haven’t talked about music at all on our blog, considering how much I love it. I know that technically it’s not fashion-related, but it’s definitely an obsession, so here’s this week’s music themed Fashion Friday.

Here are some songs/CD’s/artists that I’ve been absolutely loving recently.

I Am by Crowder

I just heard this song for the first time the other night and I love it. David Crowder’s voice is amazing. How He Loves, another one of his songs, is one of my all-time favorites. On an unrelated note- isn’t the cover of this album so cool? 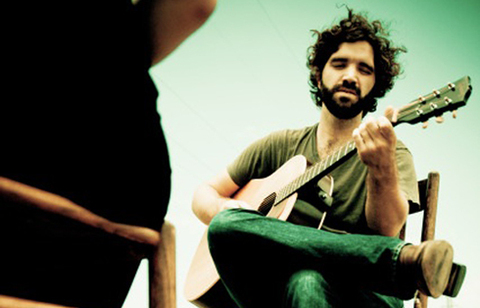 This guy’s voice is incredible. I love his song Shelter You Through. I can only find live versions of him on YouTube, but I think that he’s one of those few people who actually sound better live. When my mom listened to one of his songs the other day, she said he reminded her a bit of Van Morrison, one of her favorite artists, which leads to my next featured song….

It’s an oldie but a goodie.

Oceans (Where Feet May Fail) by Hillsong United

One of my absolute favorite worship songs. Beautiful and so meaningful.

Play It Again by Luke Bryan 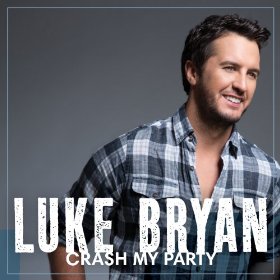 I told you my taste in music was a little random. 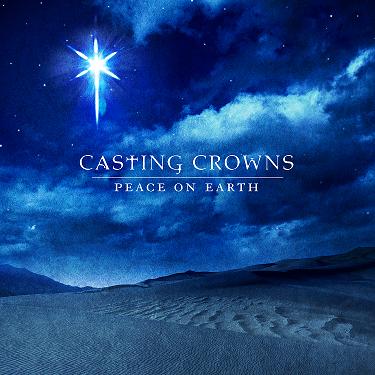 This is an amazing Christmas CD- I love the first song on the album, I Heard the Bells on Christmas Day.

Jack Johnson may be the artist that I’ve most consistently listened to for the longest period of time. I just never get tired of his music. Better Together, is of course, one of my favorites, but I also love Do You Remember, Adrift and Constellations.

Dream a Little Dream of Me by Michael Buble 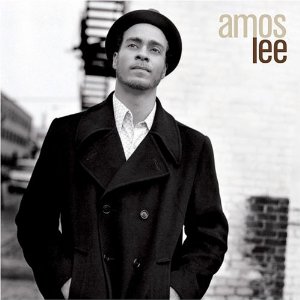 His music is so mellow and relaxing. Sweet Pea is another favorite of mine.

Two days of wedding fun!
I haven’t posted a picture of this cutie lately. She looks like she’s smirking to me. 😏
Weekend cuddles!
Happy birthday @twavis__ I’m so proud to be your mom! You are so kind, generous, funny and smart. You always make time for me and others that you love. I wish I could be there to celebrate you today. Happy birthday. I love you to the moon. 🥳
Celebrated this babe last night! 🥳💃🏻 So thankful for your friendship and all the fun times. I had to throw in some previous celebrations too! Love you @susiekessel
One more from yesterday - for my sweet friend @hereismyheart_ 🧡 thanks for reminding me to look for the hearts!
What a day! Super low tide, cave, rock climbing/scrambling for miles. Such a beautiful day. Thanks @karenh777 for helping me over all of those rock!
From last weekend! Fun time exploring, wine tasting and hanging out with family. Let’s do it again soon @sandyd1910
Spent yesterday celebrating this sweet, beautiful, smart and amazing daughter of mine. Jordan @jelizabethlemke I love you to the moon and I can’t wait to see what God has planned for you in the year ahead.